The travelling translator ...reporting from the University of Johannesburg, South Africa

Our next guest is Stefanie Dose, a lecturer from the Department of Linguistics at the University of Johannesburg. Our interview revolved around the Department, South African languages, local identity and finding work in South Africa as a linguist.

Hello Stefanie, could you please introduce yourself to us?
I have been a lecturer at the Department of Linguistics since January 2012. At undergraduate level, I teach a first-year module in linguistics as well as the interpreting section of our third-year module. At postgraduate level, I teach three honours modules: Translation Theory, Interpreting, and Research Methodology. I love working with our first-year students, most of whom are entirely new to the field of linguistics, but my real passion is all forms of interpreting. (Some people believe that “obsession” is a more adequate description...)

Before joining the Department of Linguistics, I worked as an (educational) interpreter at a South African university for six years, where I interpreted academic lectures from Afrikaans into English. During that time, I also completed an MA in Applied Linguistics with a dissertation on – of course – interpreting. I’m originally from Germany and my mother tongue therefore is German, but I have been living in South Africa, with minor interruptions, since 2001, when I came to the country as an au pair. My stay in the country was so much fun that I decided to complete my studies here as well and am now – after more than ten years – still working in South Africa. I have, in the meanwhile, learned some South African languages as well: I speak Afrikaans fluently and have some knowledge of Zulu.

How old is the Department of Linguistics at the University of Johannesburg? What courses and languages does it offer?
The Department of Linguistics is the host department of the undergraduate course BA Language Practice. This course aims at training editors, translators and interpreters. Students who are enrolled for the course have to take three majors modules up to third-year level: Language Practice and Linguistics, both offered by the Department of Linguistics, and a language of their choice, offered by the relevant language department. The Language Practice module aims to instil the necessary practical skills required by the editing, translation and interpreting professions. (Our course includes training in the use of the translation memory software Wordfast.) More theoretical concepts (such as sociolinguistics and psycholinguistics) are dealt with in the Linguistics module. The languages offered up to third-year level at the University of Johannesburg currently include Zulu, Northern Sotho, Afrikaans, English, French, and Modern Greek. The Linguistics and Language Practice classes are taught in one group but students’ practical assignments (such as translations) are marked by translators with the relevant language combinations.

We furthermore started an exciting internship programme for our undergraduate students this year: During their winter holidays in June/July, third-year students complete a three-week internship as a language practitioner. Students have the choice between any of the three language professions to which they have been exposed thus far, i.e. editing, translation or (court) interpreting. The internships started last week Thursday and I can’t wait to hear about students’ internship experiences after the holidays!!
At postgraduate level, students can study (full- or part-time) towards a BA Honours degree in Applied Linguistics. This year, we offer the following modules, of which students must choose five in order to complete the honours degree: Research Methodology (compulsory); Translation Theory, Criticism and History; Language in Practice; Interpreting; Multilingualism in Training and Education; Linguistic Theories and Applications. Masters and doctoral degrees are also offered.

How many languages are spoken in South Africa?
South Africa has eleven official languages: Afrikaans, English, Ndebele, Northern Sotho, South Sotho, Swati, Tsonga, Tswana, Venda, Xhosa, and Zulu. These languages are given official status in South Africa’s Constitution, which states that “[r]ecognising the historically diminished use and status of the indigenous languages of our people, the state must take practical and positive measures to elevate the status and advance the use of these languages” (Act 108 of 1996, section 6(2)), and that “all official languages must enjoy parity of esteem and must be treated equitably” (Act 108 of 1996, section 6(4)).
It’s interesting that many of these languages are not, in fact, spoken in even distribution across the entire country, but instead often concentrated in certain regions of the country. Zulu, for example, is mainly spoken in the provinces KwaZulu Natal and Gauteng, and Xhosa speakers mainly live along the Eastern Cape. Furthermore, the Constitution stipulates that the use of official languages may, amongst other things, be based on considerations of practicality, and most South African provinces have therefore
selected three or four “provincial languages” as working languages from the official languages, depending on the demographics of the relevant province.

Of course, these official languages are not the only ones spoken in the country or provided for in its Constitution. Languages commonly used by communities in South Africa (such as Greek and German), used for religious purposes (such as Hebrew and Sanskrit), South African Sign Language, as well as those languages usually lumped together under the label Khoi San are supposed to be promoted and further developed.

Sadly, in practice we often find that not all languages do in fact enjoy parity of esteem and often, English is considered the language of success.

Do minor languages play an important role in South Africa? (eg. can you get a job speaking one of those languages?)
Yes, South African institutions employ language professionals for South Africa’s indigenous languages.

For finding work outside the language industry, it will often not be considered sufficient if you speak only an indigenous South African language. Normally, either English or Afrikaans, or both, are required.

What does the Department of Linguistics do to preserve and protect South Africa's minor languages?
We are currently trying to promote South Africa’s indigenous languages by offering an internship that aims to train editors, translators and interpreters in these languages. The internship is sponsored by South Africa’s Department of Arts and Culture and pays students’ full tuition fees and study material for the three-year undergraduate course if students choose an African language as their third major. (The African languages offered at UJ are Zulu, Northern Sotho and Afrikaans.) This bursary condition ensures not only that the relevant indigenous languages are being studied at tertiary level, but also that professional editors, translators and interpreters in the indigenous languages will be available to assist the government and other institutions in complying with the Constitutional requirements of promoting their use by communicating through them.

Are there a lot of native South Africans enrolled in your courses?
Yes, most students in our course are native South Africans. Our current third-year group consists of an exciting mix of different students who represent almost all of South Africa’s official languages: We have native speakers of Afrikaans, English, Northern Sotho, South Sotho, Swati, Tsonga, Tswana, Xhosa and Zulu in this class. 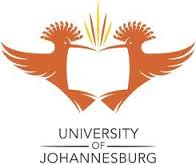 We also have a few postgraduate students who come from other African countries, such as an honours student from Zimbabwe and an MA student from Cameroon, and we sometimes have students from overseas such as Germany or the USA in our first-year modules.

What are some of the career choices native South Africans have after graduation?
After graduation, students can work as editors, translators, interpreters, language planners, copy writers, copy editors, or language teachers. Possible employers are: 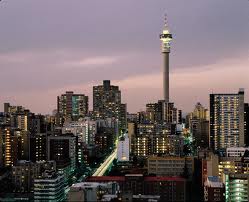 Could you please tell us a few things about the Department's current and future projects?
The head of our department, Prof. Anne-Marie Beukes, is currently involved in a fascinating research project that looks at a community of native Afrikaans speakers living in Overwacht (near Pretoria). Although Afrikaans has traditionally been considered a “white” language, these Afrikaners happen to be black speakers of the language. The project focuses on the intricate connection between language and identity.