The challenges of working with international clients 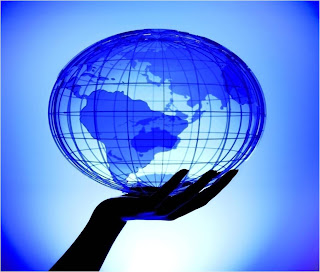 a) currency to be a problem too, especially when you are trading in a currency you are not familiar with,  e. g. Japanese Yen. 10.000 yen may sound like a lot of money, but it's actually less than 80 euros.  I always make a point of checking xe.com for current conversion rates (although I am not sure it is the best site for this). Also, do take into consideration that rates change daily and may positively or negatively surprise you, if you are not keeping track with their progress, like when I found out that the CAD was actually stronger than the USD.  Thinking that it was the other way around, I had asked to be paid in USD but my client (who was Canadian) was polite enough to point out that I would  get more by being paid in CAD.

But what happens when you live in a Euro country, for example, and you are getting paid in GBP or USD or in other currencies? Konstantina Drakou, owner of Wordyrama from Greece had the very same problem with clients from the US and Great Britain paying her into their respective currencies. With bank fees eating into her profits, wire transfers and esp. checks were proving to be a very unprofitable method of payment, so she opened two separate accounts with her bank in Greece, one in US dollars and one in British pounds. That way her payments could remain intact, minus the usual small processing fee, without the bank applying an extra fee to convert them into Euros. I have been told that this is how many freelancers, working with international clients, go about. In the UK for example, it is possible to open an account with Santander and not be charged for any transactions in the EU.

Then again, there is the problem of Paypal and Moneybookers which not all countries, esp. African countries, support. In a recent business transaction with Kenya, I was paid via Western Union, instead. I don't know about other cities and countries but in Athens, you do not have a Western Union facility in every corner, so I had to walk a bit before I could collect my money. Egypt is another example of a country which supports Moneybookers only, but since April this year it supports Paypal too .

b) language/ culture: Language and culture usually go hand in hand and as professional translators we ought to be masters of both. Nevertheless, you can easily find yourself in unexpected cultural conundrums without realising it. London-born Catharine Cellier-Smart of Smart Translate now living  in the exotic island of Reunion has an interesting story of how she got contacted by a local company to be an English <> French interpreter for some Korean suppliers visiting Reunion on business. It's in these situations that you suddenly have to deal with a third culture you may not be familiar with. Luckily Catharine had spent three years living in Seoul and knew very well the Korean mentality, their business etiquette, body language and eating habits. She could also speak basic Korean and could understand the strong Korean accent when they spoke English to her. The project was a success!

Speaking and translating from/into a language like French, Spanish, English, Arabic, etc (a language which is spoken across a great number of countries) can present its own problems, if you don't understand the local culture of the area where the language is spoken, let alone the many specific words that its locals use. Catharine explains: "Translating for Reunion clients can sometimes mean translating specific local words and concepts that aren't in any dictionary, or that exist in a dictionary but with a different meaning, for example: godon, sapotille, zatte, tamarin, argamasse, rhum arrangé ..."

c) I have also found lack of face-to-face contact to be a problem sometimes, which can lead to stupid misunderstandings with your clients, like one I had with my editor in Latvia, at the beginning of our cooperation, because "talking" (exchanging emails) to her for the first time, I had failed to understand the subtle nuances of her language. Luckily, I have found Skype to be of great help both for its immediacy and economy.

d) Law & administration:  This may include anything from signing contracts which are governed by the laws of your client's country, not yours, to filling in W-8ECI forms for American clients, to choosing the right shipping company to send something by post.

If you have faced any other problems during your international career, please share them with the rest of us in the comments below. Thanks !

Natali Lekka is an EN & FR into EL freelance translator and the owner of Worlds of Words. She tweets @worlds_of_words
Posted by Natali Lekka at 03:34